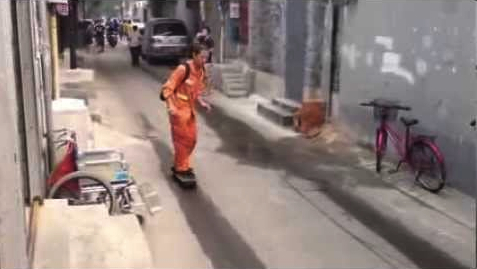 A very cool short video from our friends at Tranquil Tuesdays (artisanal tea brand based in Beijing):

Working in Beijing’s historical hutong neighborhoods, life is never dull in Tranquil Tuesdays’ office and showroom on Fangjia Hutong. These past two weeks in the heat of the Beijing summer, we thought we saw an improbable mirage: a skateboarding hutong bathroom attendant skating by our doors. After days of stunned excitement watching Mr. Cao whiz by Tranquil Tuesdays hutong office and showroom in Beijing, we finally caught up with him (I literally ran out of our office to catch him before he crossed the street) to express our admiration and ask him if we could film him skating down our hutong: Fangjia Hutong. Mr. Cao is from Hebei province and lives on Fangjia Hutong. He skateboards to work at a public bathroom 3 km away, and says he has been skateboarding for a few months. Using a computer, Google Earth and photos and videos found on the Internet, Globodrome retraces the route described in Jules Verne’s book Around the World in 80 Days. (Globodrome itself is only 69 minutes long.)

“The Queen’s Feast” – Shanghai Hotel In the Buff 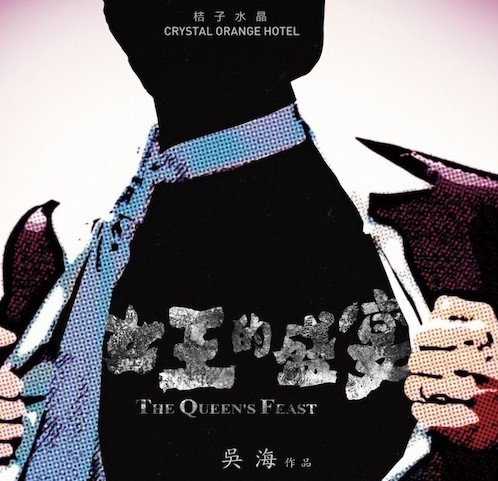 Recently, Shanghai’s Crystal Orange Hotel released a new promotional video entitled “The Queen’s Feast”, which dares to show their hotel “in the buff”.

A troupe of muscular men arrives at the hotel, checking into their sleek, modernist rooms, only to quickly strip down and position themselves at the windows. Suddenly the curtains are pulled back – and the result is a treat for all the hard-working Shanghai ladies who may have been walking home from the office that night. That’s right, it’s a beefcake feast, for all the “Queens” of our city (female and otherwise).

Take a “peek” at this fun campaign – in an advertising landscape that is oversaturated with scantily-clad women (and girls), it’s a nice change of pace to have some buff dudes on display. Enjoy the eye candy, ladies!