As Time Goes By in Shanghai – New Documentary 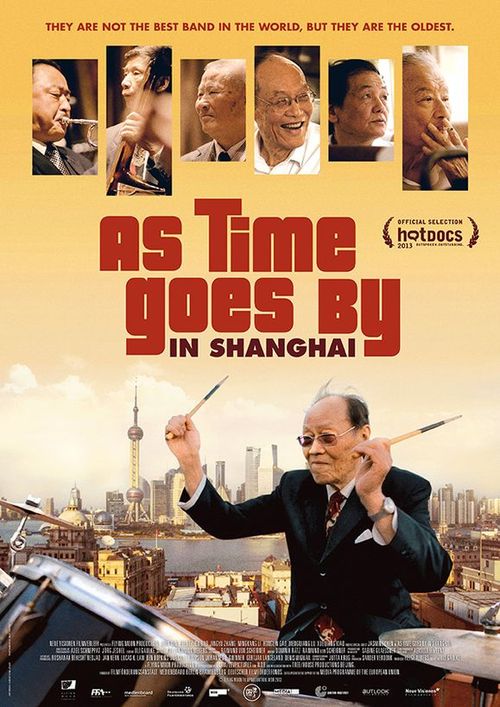 Premiering this week at “Hot Docs” is “As Time Goes By in Shanghai”, a new documentary on Shanghai’s own Peace Hotel band – the oldest jazz band in the world. Directed by Uli Gaulke, the film looks like a charming portrait of some old guys who still have a trick or two up their sleeves. From the film’s description: The oldest band of the world has been playing every evening at the Peace Hotel in Shanghai for more than thirty years. Most members of the band, all

Jazz musicians of the first rank, are older than 80 years. AS TIME GOES BY IN SHANGHAI accompanies the oldest band in the world on their greatest adventure yet: their appearance at the North Sea Jazz Festival Rotterdam, the most important festival of its kind. In the final weeks before their appearance, this musical film will immerse itself in a world of unparalleled change. Jazz stands for improvisation, individualism, freedom and creativity. Against the backdrop of great jazz hymns, the film will chart the fascinating life stories of these seven exceptional musicians: from the Japanese occupation to the Cultural Revolution right up to today’s turbo planned economy. With humour, wisdom and a tale or two being spun on the way, the men in black suits will lead us on a tour of their everyday lives in one of the world’s most modern cities and show us how good old jazz has given them the strength to weather the storms of time. Check out the trailer on Youtube or below, and a Tumblr with great behind-the-scenes photos.